AT&T As Exclusive Provider Of The iPhone 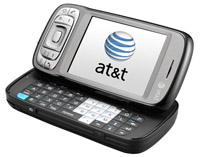 AT&T As Exclusive Provider Of The iPhone

While urbanite iPhone users suffer AT&T’s sluggish network, rural Americans are denied access altogether to this smartphone and many others.

Exclusivity agreements govern almost all the best-selling smartphones, and because these carriers don’t serve much of the rural market, rural customers are effectively “redlined” from the latest cutting-edge handheld technologies.

Americans pay at least $200 more each year for wireless service than many consumers in Europe, where handsets are chosen independent of provider. Ending handset exclusivity deals would re-inject needed competition into a wireless industry dominated by four carriers and give rural Americans access to the best wireless devices, according to New York Times' report.