Office for Mac to Have Outlook

Microsoft says the next version of its Office desktop software for Apple's Mac computers will include Outlook. 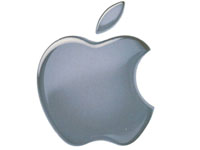 Office for Mac to Have Outlook

It will be available in time for the holidays in 2010.

The current Mac version of Office includes Entourage, a program for sending e-mail and organizing appointments and contacts. The 2010 version will replace Entourage with Outlook, the standard on Microsoft's Windows computers, The Associated Press reports.

The change will bring to Mac users a new back-end that works better with the Time Machine backup system and Spotlight hard-drive search, Eric Wildred, Microsoft's Mac Business Unit general manager, said during a conference call with media this morning.

"Outlook for Mac and Outlook for Windows will be different, for sure," he said. "And they will be compatible, for sure," Seattle Post Intelligencer reports.

Meanwhile, Microsoft Mac Business Unit general manager Eric Wilfrid said that Microsoft will create Outlook for Mac using Apple's modern Cocoa development frameworks, rather than the older Carbon system used by previous Office applications because of their legacy of having been originally developed for the Classic Mac OS.

"We're building on the most modern OS X frameworks to make Outlook beautiful, to make it high performance, and to make it well integrated with the OS," Wilfrid said, PC World reports.