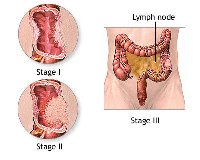 And while cancer is poised to become the number one killer in the United States, topping heart disease, that is because deaths from heart disease have decreased faster than for cancer , U.S. News & World Report reports.

Numbers of young people dying from cancer has fallen by more than a quarter in the last ten years, according to new research.

Although all age groups have benefited from medical advances, children and teenagers are gaining most.

Cancer epidemiologist Dr Richard Severson said: "In childhood cancer particularly, we are able to do amazing things with leukemia and lymphoma , Mirror.co.uk reports.

"Essentially, the younger you are, the faster your rates are declining," said Dr. Eric Kort of the Helen DeVos Children's Hospital in Grand Rapids, Michigan, whose study appears in the journal Cancer Research , Reuters reports.