School Closures May Be Most Appropriate to Protect Public Health 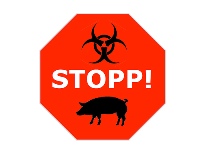 School Closures May Be Most Appropriate to Protect Public Health

The committee has adopted two policy statements on public health measures, which set out a common approach on what kind of school closures may be most appropriate to protect public health, and how to balance freedom of movement and public health protection for travelers with flu symptoms , Xinhua reports.

Influenza – A (H1N1) (also referred as swine flu) is a new influenza virus that has never before circulated among humans. This virus is not related to previous or current human seasonal influenza viruses. First detected in Mexico in April, 2009, it has spread to many countries in the World. Swine flu is basically a misnomer.

This was originally referred to as “swine flu” because laboratory testing showed that many of the genes in this new virus were very similar to those found in pigs in North America , Indian Express reports.

As Alberta confirmed its seventh death related to swine flu Wednesday, Canada's federal health minister warned businesses to prepare for the possibility of a more severe outbreak this fall.

Leona Aglukkaq said many small-and medium-sized firms do not have plans to respond to the H1N1 influenza pandemic, despite the risk it could cause problems like significant employee absenteeism , Calgary Herald reports.