Chris Frates and Victoria McGrane capture an important element of the healthcare debate: 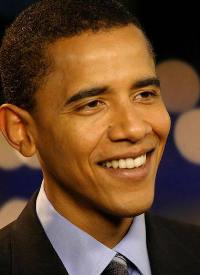 Democrats have a senior citizen problem.
Frustrated older Americans are packing the town halls on health care. They are incredibly passionate about their Medicare benefits. Polls show senior citizens largely disapprove of health care reform ideas so far.
And of course, they vote — in larger numbers than any other demographic.
But so far, Democrats have focused much of their health care sales pitch on middle-class Americans and the uninsured — a slight that has been noticed by senior citizens, who hold great influence with members of Congress , Politico reports.

Meanwhile, the August debate over President Obama's health care plan includes a massive barrage of air wars, ads from all sides of an emotional debate. Here's a look at one of the television ads from the Democratic National Committee , USA Today reports.

However, president Barack Obama's campaign for a health care overhaul is an intense installment in a long-running story, dating to Theodore Roosevelt in 1912.

It did not go well nearly a century ago. Roosevelt made national health insurance an issue in his last, losing campaign for the White House, and successive efforts to get it enacted have lost, too , The Associated Press reports.