Heart Muscle cells Have Limited Ability to Replace Themselves

Scientists say they have found a new way to mend damage to the heart. 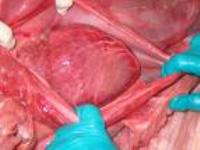 Heart Muscle cells Have Limited Ability to Replace Themselves

When cells turn into fully-formed adult heart muscle they stop dividing, and cannot replace tissue damaged by disease or deformity.

But a US team have found a way to coax the cells to start dividing again, raising hopes they could be used to regenerate healthy tissue , BBC News reports.

However, until recently, most experts believed that the heart muscle could not repair itself, in part because the cells responsible for its development stop proliferating after birth.

But recent studies have shown that these heart muscle cells, known as cardiomyocytes, do have a limited ability to replace themselves.

The hope is that neuroregulin1 can one day be used to ramp up this process in humans and help heal damaged hearts, as it seems to do in mice, study co-author Bernhard Kuhn, MD, tells WebMD , WebMD reports.

In a study on mice, they showed that neuregulin 1 (NRG1), a growth factor involved in the development of the heart and nervous system, can fuel heart-muscle growth and recovery of cardiac function when injected after a heart attack.

This is a significant development because coronary heart disease, which causes heart attack and angina, is the leading cause of death in America.

After birth, heart-muscle cells stop dividing and proliferating. But experts, led by Dr. Bernhard Kuhn and Kevin Bersell of the cardiology department at Children's, restarted the cell cycle with NRG1, spurring the heart-muscle cells to divide and make copies of themselves , Atlanta Journal Constitution reports.