One of the biggest champions of HD-DVD is going to make its first Blu-Ray player. 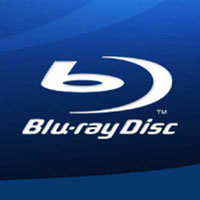 Toshiba, which spent an absolute fortune in the HD-wars, gave up the ghost when major studios refused to back the format and the big distribution chains decided that it was not financially viable, Inquirer reports.

Previously, rumors trickled in about Toshiba considering such a move; Japanese newspaper Yomiuri Shimbun this weekend reported that Toshiba will adopt the format it once battled against, PC World reports.

The release of a Toshiba Blu-ray player has been a question of when, not if. The company announced the shutdown of HD DVD on February 19, 2008 and has repeatedly stated since then that Blu-ray players are pricey, but has remained quiet about its Blu-ray product plan otherwise. Mainstream Blu-ray players have broken the $300 barrier in 2008 and are now close or below the $200 mark, apparently convincing Toshiba that there is not enough room for a premium DVD player equipped with its “eXtended Detail Enhancement” XDE technology. And it seems that Toshiba is finally over its $1 billion HD DVD adventure, TG Daily reports.

According to Japanese newspaper Daily Yomiuri, Toshiba is expected to launch a Blu-ray player and possibly a recorder before the end of the year at least in Japan, ITProPortal reports.