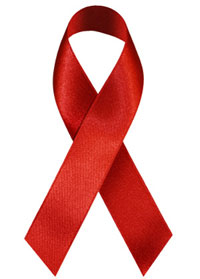 The disappointed researchers had to stop the trial, which they had hoped would confirm early suggestions that circumcision would protect men and women alike.

But, they said, circumcision is so effective in protecting men that will still likely benefit women indirectly by reducing circulation of the virus in general, Reuters reports.

The men, who were uncircumcised before the start of the study, were randomly selected to undergo immediate circumcision or circumcision after two years. The study also included HIV-uninfected female partners of the men. The women were checked for HIV infection at six, 12 and 24 months.

That finding was surprising and provides a lesson for programmes to promote male circumcision as a cheap, effective method of preventing HIV among men, say the authors.

Men who undergo circumcision must be closely counselled about strictly observing sexual abstinence until the wound heals, and about also using condoms to stop infecting their partner.

The doctors, led by Maria Wawer of the Johns Hopkins Bloomberg School of Public Health in Baltimore, Maryland, say they were disappointed with the outcome.

They stress, though, that circumcision campaigns are still valid, AFP reports.