Google Inc.'s entry into the operating system business poses the strongest long-term threat in years to the dominance of Microsoft Corp.'s Windows software, according to analysts. 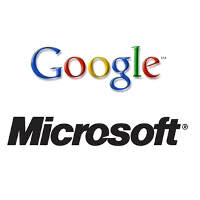 Google last week announced that it would launch its long-anticipated operating system, based on the open-source Linux kernel and built around its Chrome browser, sometime in the second half of 2010. The new Web-centric operating system will be dubbed Google Chrome OS.

Though analysts agreed that the Windows hegemony is safe in the short term, Google has the financial muscle, engineering might and industry clout to survive a long-term battle with an industry powerhouse like Microsoft, Business Week reports.

Meanwhile, the media cycle of past few days has been dominated by word of Microsoft’s apparently imminent demise at the hands of Google Chrome OS, the search-engine giant’s newly announced operating system initially intended for mininotebooks, known popularly as "netbooks."

While predictions of the death of Windows may be premature, Microsoft may already be in the midst of developing a competitor to Google’s stripped-down operating system, a project code-named Gazelle.

Microsoft has offered no official comment on Chrome OS, nor has it mentioned any potential release dates for a netbook-oriented operating system. However, it may feel pressure to respond to Google in order to hold its substantial market share in the netbook arena, which may erode if Chrome OS provides a satisfactory user experience, eWeek reports.

Most people seem to assume that the Chrome operating system is intended to replace Windows on personal computers, and that it will be a failure if it doesn’t. Many people also believe that Google is either off its rocker in jumping into operating systems or doing it out of spite for Microsoft. Although Google may well be overreaching here, and it faces many challenges in creating and getting support for a new operating system.

It’s an easy story to pit Google against Microsoft, partly because there’s some truth to the increasing tension between the two tech titans. But they’re each representative of a bigger battle going on, one that would happen regardless: the inexorable migration of computing (except for the interface to the computer you need to put your fingers on, of course) from the desktop and laptop to the Internet.