Sony to launch something like Apple's iTunes for PlayStation 3

Sony has finally decided to confirm its long-awaited movie download service for PlayStation 3. The new service is to be launched in the USA this summer. The European and Japanese markets will have to wait a little bit more, the President of Sony’s video game unit, Kazuo Hirai said. 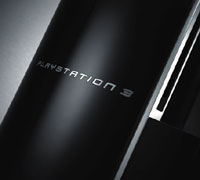 Sony to launch something like Apple's iTunes for PlayStation 3

The rumors about the movie download service for PlayStation 3 appeared in 2005, when a Sony official said that the corporation was planning to develop something like iTunes for movies. Another top official of the electronic giant stated later that PS3 users would soon be able to download movies and TV shows from PlayStation Network.

The new service, currently unnamed, will apparently become a competition for Apple’s iTunes. Most likely, PlayStation 3 users will be able to download videos on their computers and then easily transfer them to PS’s flash card.

The PlayStation 3 was first released on November 11, 2006 in Japan , November 17, 2006 in North America , and March 23, 2007 in Europe and Oceania . Two SKUs were available at launch; a basic model with a 20 GB hard disk drive (HDD) and a premium model with a 60 GB HDD and several additional features (The 20 GB model was not released in Europe or Oceania.) Since then, several revisions have been made to the console's available models and it has faced stiff competition from the other seventh generation consoles. As of December 20, 2007, the PS3 is in third place in home console sales for its generation.

In response to Microsoft's success with their Xbox Live network, Sony announced a unified online service for the PlayStation 3 system at the 2006 PlayStation Business Briefing meeting in Tokyo . Sony also confirmed that the service will always be connected, free, and include multiplayer support. In addition, the registration interface can only be accessed through the PS3 system interface.

At the Tokyo Game Show on September 21, 2006 , it was revealed that users will be able to download some of the thousands of PlayStation and PlayStation 2 titles from the PlayStation Network for about US$5–$15, starting with those with the smallest game data. Ken Kutaragi also announced functionality with other systems, similar to Nintendo's Virtual Console, including confirmed Sega Genesis and TurboGrafx 16 functionality. However, Sega replied that Sony had been too hasty with calling it a fact, and that it was still "under examination".

On May 8, 2007 Sony Computer Entertainment announced PlayStation Network Cards, a form of electronic money that can be used with the Store. PlayStation Network Tickets, available in units of 1,000, 3,000, 5,000, and 10,000 yen, can be purchased at convenience stores throughout Japan . Each ticket contains a 12 alphanumeric code which can be inputted to the PlayStation Network to place credits in the virtual wallet. The tickets are available through electronic kiosks at 26,000 convenience stores, including Lawsons, Family Mart, Daily Yamazaki, Ministop and Sunkus. They are also available at 26,000 post office ATM machines, although registration is required first at a special mobile website.

A similar PlayStation Network Card system based on actual cards instead of tickets was introduced in South Korea, Hong Kong and Taiwan in Summer 2007 and is scheduled for a Spring 2008 release in North America.