Cocoa genome to be identified in five years

The new project launched by the government to safeguard the world’s chocolate supply will last for five years. With the help of ten-million-dollar funding, scientists will try to dissect the genome of the cocoa bean. Specialists will have to analyze more than 400 million parts of the coca genome to battle crippling crop diseases and eventually produce chocolate of better taste. 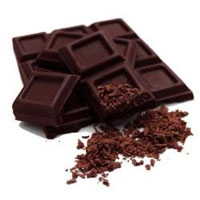 Cocoa genome to be identified in five years

Fungal diseases which hit cocoa plantations cause farmers a very serious damage – about $700 million every year. The genome research will help identify the traits, which make cocoa trees susceptible. In addition, it will also let scientists and chocolate makers have a better understanding of every aspect of cocoa – its abilities to resist drought, taste qualities and so on.

Cocoa is the dried and partially fermented fatty seed of the cacao tree from which chocolate is made. "Cocoa" can often also refer to the drink commonly known as hot chocolate; cocoa powder, the dry powder made by grinding cocoa seeds and removing the cocoa butter from the dark, bitter cocoa solids; or it may refer to the combination of both cocoa powder and cocoa butter together.

A cacao pod has a rough leathery rind about 3 cm thick (this varies with the origin and variety of pod). It is filled with sweet, mucilaginous pulp called 'baba de cacao' in South America , enclosing 30 to 50 large almond-like seeds (beans) that are fairly soft and pinkish or purplish in color.

Cocoa should not be confused with the coca plant which can be used to create cocaine.

The cacao tree is native to the Americas. It may have originated in the foothills of the Andes in the Amazon and Orinoco basins of South America where today, examples of wild cacao still can be found. However, it may have had a larger range in the past, evidence for which may be obscured because of its cultivation in these areas long before, as well as after, the Spanish arrived. It may have been introduced into Central America by the ancient Mayas, and cultivated in Mexico by the Olmecs, then by the Toltecs and later by the Aztecs. It was a common currency throughout Mesoamerica and the Caribbean before the Spanish conquest.

Cacao trees will grow in a limited geographical zone, of approximately 20 degrees to the north and south of the Equator. Nearly 70% of the world crop is grown in West Africa.

To make 1 kg (2.2 pounds) of chocolate, about 300 to 600 beans are processed, depending on the desired cocoa content. In a factory, the beans are washed and roasted. Next they are cracked and then de-hulled by a "winnower". The resulting pieces of beans are called nibs, and are ground using various methods into a thick creamy paste, known as chocolate liquor or cocoa paste. This "liquor" is then further processed into chocolate by mixing in (more) cocoa butter and sugar (and sometimes lecithin as an emulsifier and vanilla), and then refining, conching and tempering. Or it can be separated into cocoa powder and cocoa butter using a hydraulic press or the Broma process. This process produces around 50% cocoa butter and 50% cocoa powder. Standard cocoa powder has a fat content of approximately 10-12 percent. Cocoa butter is used in chocolate bar manufacture, other confectionery, soaps, and cosmetics.