Outbreaks of E. coli bacteria in Michigan and Ohio linked

Outbreaks of E. coli bacteria in Michigan and Ohio are linked. Health officials in both states believe that the outbreak was caused by ground beef, as US health authorities are trying to find the source of a salmonella outbreak in the country. 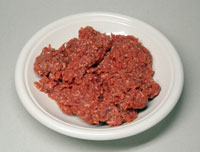 Outbreaks of E. coli bacteria in Michigan and Ohio linked

More than a half of the 15 people in Michigan diagnosed with E. coli bacteria said that they had purchased ground beef from Kroger Food Stores, which is the largest grocery chain in the USA.

An official spokesperson for the grocery chain said that the ground beef sold between May 31 and June 8 was no longer available in Kroger Food stores.

Escherichia coli (commonly E. coli), is a bacterium that is commonly found in the lower intestine of warm-blooded animals. Most E. coli strains are harmless, but some, such as serotype O157:H7, can cause serious food poisoning in humans, and are occasionally responsible for costly product recalls. The harmless strains are part of the normal flora of the gut, and can benefit their hosts by producing vitamin K2, or by preventing the establishment of pathogenic bacteria within the intestine.

E. coli are not always confined to the intestine, and their ability to survive for brief periods outside the body makes them an ideal indicator organism to test environmental samples for fecal contamination. The bacteria can also be grown easily and its genetics are comparatively simple and easily-manipulated, making it one of the best-studied prokaryotic model organisms, and an important species in biotechnology. E. coli was discovered by German pediatrician and bacteriologist Theodor Escherich in 1885, and is now classified as part of the Enterobacteriaceae family of gamma-proteobacteria.

Virulent strains of E. coli can cause gastroenteritis, urinary tract infections, and neonatal meningitis. In rarer cases, virulent strains are also responsible for Hæmolytic-uremic Syndrome (HUS), peritonitis, mastitis, septicemia and Gram-negative pneumonia. Recently it is thought that E. coli and certain other foodborne illnesses can sometimes trigger serious health problems months or years after patients survived that initial bout. Food poisoning can be a long-term problem.