Skype has not been releasing anything new for quite a while. However, on June 18 it will issue the first of its several planned 4.0 beta versions for Windows. 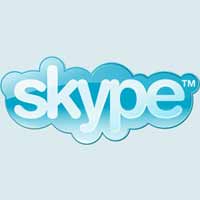 Skype 4.0 beta as a new program contains complete prompts for running sound and webcam checks within the framework of the program set-up. Automatic redial, transfer of calls, video presentations, integration with Outlook contacts will be rolled out in later builds.

Users of Skype 4.0 beta will have to get used to the new interface.

Skype is a software program that allows users to make telephone calls over the Internet. Calls to other users of the service are free of charge, while calls to landlines and cell phones can be made for a fee. Additional features include instant messaging, file transfer and video conferencing.

It was created by entrepreneurs Niklas Zennström, Janus Friis, and a team of software developers based in Tallinn, Estonia. The Skype Group has its headquarters in Luxembourg, with offices in London, Tallinn, Tartu, Prague, and San Jose, California.

Skype has experienced rapid growth in popular usage since the launch of its services. It was acquired by eBay in September 2005 for $2.6 billion.

Skype incorporates some features which tend to hide its traffic, but it is not specifically designed to thwart traffic analysis and therefore does not provide anonymous communication. Some researchers have been able to watermark the traffic so that it is identifiable even after passing through an anonymizing network.