Harvard’s three psychiatrists provided inaccurate information about the payments they received from drug makers. US Senator Charles Grassley, a Republican from Iowa, stated that the situation at the Harvard University showed that the nation needed to pay more attention to the problem of the national reporting system, particularly of pharmaceutical company payments to physicians. 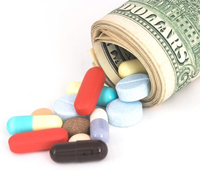 The senator said that his staff compared the data of payments, which drug makers provided, with conflict-of-interest forms the three psychiatrists provided to the university and Massachusetts General Hospital , where they practice. The research revealed that three psychiatrists - Joseph Biederman, Thomas Spencer and Timothy Wilens – reported that they were making only a couple hundred thousand dollars since 2000.

The University and hospital asked the doctors to revise their reports. As a result, Dr. Biederman and Dr. Wilens reported more than $1.6 million each in payments from pharmaceutical companies they received from 2000 to 2007.

The reported amounts may be even higher because the records of drug companies show that the doctors were still reporting smaller amounts than what they were actually paid.

"Why weren't Harvard and Mass General watching over these doctors?" Sen. Grassley said in comments reported in the Congressional Record. "The answer is simple: They trusted these physicians to honestly report this money," he said.