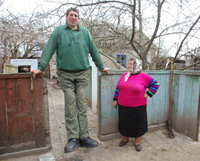 The research was based upon data of overall death rates in America. The most important finding was that the gap between those who had not completed a high school education and college graduates increased rapidly from 1993 to 2001.

Scientists revealed that among U.S. residents with less than the all-cause death rate jumped greatly. The highest increase was traced among white women who did not complete high school (3.2 percent per year), compared with those who did (0.7 percent per year).

On the contrary, the most educated men (totaling 36 percent in black men and 25 percent in white men over the study period) showed significant reduction in mortality from all causes.

The factor of education is a logical source of high death rates. People with less education have fewer financial resources, less access to health insurance or stable employment, and less health literacy. As a result, while the death rate among the most educated Americans is dropping dramatically, we're seeing a real lack of progress or even worsening trends in the least educated persons. The gap between the best and worst off in the country is actually getting wider.