New study suggests that children with multiple sclerosis, an autoimmune condition in which the immune system attacks the central nervous system (CNS), have higher risk of developing cognitive problems. 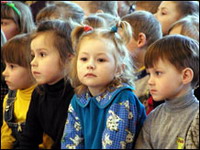 Multiple sclerosis may cause numerous physical and mental symptoms, and often progresses to physical and cognitive disability. Disease onset usually occurs in young adults, is more common in women, and has a prevalence that ranges between 2 and 150 per 100,000 depending on the country or specific population.

MS affects the areas of the brain and spinal cord known as the white matter. White matter cells carry signals between the grey matter areas, where the processing is done, and the rest of the body.

MS presents with a variety of symptoms, including changes in sensation (hypoesthesia), muscle weakness, abnormal muscle spasms, or difficulty in moving; difficulties with coordination and balance (ataxia); problems in speech (dysarthria) or swallowing (dysphagia), visual problems (nystagmus, optic neuritis, or diplopia), fatigue and acute or chronic pain syndromes, and bladder and bowel difficulties. Cognitive impairment of varying degrees, or emotional symptomatology in the form of depression or pseudobulbar affect are also common.

A team at the University of Florence in Italy, led by Maria Pia Amato, M.D., has conducted a study of 120 people. They measured memory, attention, language abilities and such characteristics as fatigue and depression in 63 MS patients and 57 healthy controls younger than 18 years of age.

Language difficulties were revealed in about 30 percent of the children with MS (these problems are uncommon in adults with the disease).

56 percent of participants with MS showed bad results at school and in everyday activities.

The U.S. National Institute of Neurological Disorders and Stroke estimated that 250,000 to 350,000 Americans may have MS. The National Multiple Sclerosis Society suggests that pediatric MS affects about 8,000-10,000 people under age in the U.S.