The White House Office of National Drug Control Policy released a report claiming that depression, teenagers and marijuana make up a dangerous mix that results in dependency, mental illness and suicidal thoughts. 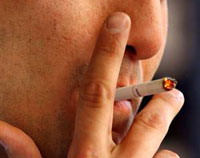 The findings reveal that depressed teens are more likely to use marijuana in comparison to those who are not depressed. The relation constitutes 25% against 12%.

Marijuana smoking can’t but leave traces on your health. Its use has been linked to exacerbating the effects of depression, psychosis, schizophrenia, bronchitis, and emphysema by several peer-reviewed studies for those who are vulnerable to such illnesses based on personal or family history. More recently, the Dunedin Multidisciplinary Health and Development Study published research showing an increased risk of psychosis for marijuana users with a certain genetic predisposition, held by 25% of the population.

In July 2007, British medical journal The Lancet published a study that indicates that marijuana users have, on average, a 41% greater risk of developing psychosis than non-users. The risk was most pronounced in cases with an existing risk of psychotic disorder, and was said to grow up to 200% for the most-frequent users.

While the long term and heavy use of marijuana is not linked to the severe or grossly debilitating cerebral effects associated with chronic heavy alcohol abuse, it has been linked to more subtle impairment associated with memory, attention, and cognitive function.

On the whole marijuana use increases the risk of developing mental disorders by 40 percent.

As for suicidal thoughts, they are three times more likely for each teen who smokes at least once a month over a yearlong period. In addition, teens who smoke marijuana when depressed are more than twice likely to abuse or become addicted to pot.

The report is the analysis of studies looking at marijuana use. Though, some experts find it very confined and dishonest.