30 days-off a year due to mood and anxiety disorders cost Americans at least $193 billion a year in lost earnings alone, a new report shows. 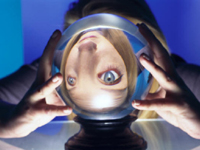 "Lost earning potential, costs associated with treating coexisting conditions, Social Security payments, homelessness and incarceration are just some of the indirect costs associated with mental illnesses that have been difficult to quantify," Dr. Thomas R. Insel, director of the National Institute of Mental Health, said in a prepared statement. "This study shows us that just one source of these indirect costs is staggeringly high."

Insel's agency funded the study. The results were published in the May issue of The American Journal of Psychiatry.

The researchers analyzed 2002 data collected from a nationally representative study of almost 5,000 Americans, aged 18 to 64, to determine earnings lost in the year prior to the survey. They found that respondents with serious mental illness (SMI) reported receiving about 40 percent less in earnings than those without serious mental disorders, who earned an average $38,852.

Researchers arrived at the $193.2 billion figure by extrapolating these results to the general population. They figured most of this comes from the lessened amount of income people with SMI were likely to earn, while the rest of the loss comes from the increased odds that their mental state would prevent them from having any earnings at all.

"The results of this study confirm the belief that mental disorders contribute to enormous losses of human productivity," lead researcher Ronald C. Kessler, of Harvard University, said in a prepared statement. "Yet this estimate is probably conservative, because the [survey used] did not assess people in hospitals or prisons, and included very few participants with autism, schizophrenia or other chronic illnesses that are known to greatly affect a person's ability to work. The actual costs are probably higher that what we have estimated."