According to the latest studies, hunger makes food look more appealing and appetizing than when you are full. 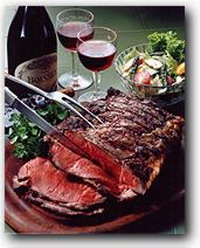 Scientists scanned the brain and revealed that ghrelin, the appetite-stimulating hormone, controls your perception of food by making it look nice and yummy.

Ghrelin has emerged as the first circulating hunger hormone. Ghrelin and synthetic ghrelin mimetics increase food intake and increase fat mass by an action exerted at the level of the hypothalamus. Ghrelin levels increase before meals and decrease after meals.

Scientists learned that reward centers in the brain showed a stronger reaction to pictures of food in people who received an infusion of ghrelin. The findings also showed that people tended to remember the food pictures better when ghrelin was high.

21 people participated in the study, a dozen was given pictures before and after ghrelin administration, and eight got the same pictures without a dose of ghrelin.

The findings can be used in treatment of obesity problems and in strategies to make “less appealing but more wholesome” food look appetizing.