A new study suggests that pre-pregnancy weight is directly linked to the risk of developing gestational diabetes. 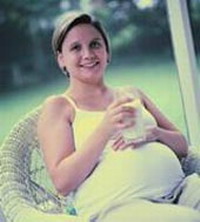 Researchers claim that women who take on 5 to 22 pounds per year during the 5 years prior to pregnancy were 2.5 times more likely to develop gestational diabetes.

Gestational diabetes generally resolves once the baby is born. Based on different studies, the chances of developing GDM in a second pregnancy are between 30 and 84%, depending on ethnic background. A second pregnancy within 1 year of the previous pregnancy has a high rate of recurrence.

Scientists tracked down weight changes for 5 years prior to pregnancy using medical records of multiethnic women enrolled in a prepaid health plan in northern California.

Among them about 251 women had gestational diabetes and the rest were taken as controls. The women delivered a live infant between 1996 and 1998.

Scientists assessed the influence of weight change upon the risk of developing gestational diabetes taking into consideration such factors as: age, ethnicity, number of previous births, and high body mass index.

The findings showed that those women who were overweight or obese revealed stronger link between weight gain and gestational diabetes.

Women who gained from 2.3 to 10 kilograms per year had a 2.5-fold increased risk for gestational diabetes. The gain of 1.1 to 2.2 kilograms a year (2.4 to 4.8 pounds) was associated with a small increased risk, while losing from 1.1 to 12.2 kilograms (up to nearly 27 pounds) per year did not significantly alter risk.