A new study of Alzheimer's disease revealed quite curious results – scientists singled out risk factors that may spur the development of dementia. 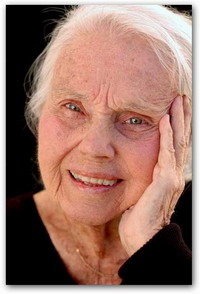 They are depression and stroke, but the most interesting is that they are gender related.

Researchers analyzed data from almost 7,000 people over the age of 65 in three French cities. None of them had dementia, but about 40 percent revealed mild cognitive impairment at the beginning of the study.

Mild cognitive impairment (also known as incipient dementia, or isolated memory impairment) is a diagnosis given to individuals who have cognitive impairments beyond that expected for their age and education, but that do not interfere significantly with their daily activities. It is considered to be the boundary or transitional stage between normal aging and dementia. Although MCI can present with a variety of symptoms, when memory loss is the predominant symptom it is termed "amnestic MCI" and is frequently seen as a risk factor for Alzheimer's disease. Studies suggest that these individuals tend to progress to probable Alzheimer’s disease at a rate of approximately 10% to 15% per year.

The participants of the study were examined two and four years later. Among those who had mild cognitive impairment at the start of the study:

- over 6.5 percent developed dementia over the next four years;

- half had no change;

Those who had depression were more likely to progress from mild cognitive impairment to dementia.

Here comes gender aspect. Men with MCI had a predisposition to overweight, diabetic and heart problems. Those who had a stroke were almost three times more likely to progress from mild cognitive impairment to dementia.

Women with mild cognitive impairment had s predisposition to poor health state in general. Those with depression were twice as likely to develop dementia, while women unable to perform routine daily tasks were 3.5 times more likely to progress to dementia. Stroke was not a risk factor for women.