Epilepsy drugs are under suspicion of causing significant bone loss

A new study of epilepsy and medications used to somehow check the disease revealed another side effect – bone loss. 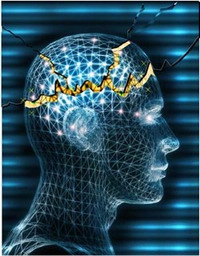 Epilepsy drugs are under suspicion of causing significant bone loss

Epilepsy is a common chronic neurological disorder that is characterized by recurrent unprovoked seizures. Epilepsy should not be understood as a single disorder, but rather as a group of syndromes with vastly divergent symptoms but all involving episodic abnormal electrical activity in the brain. It is usually controlled, but not cured, with medication, although surgery may be considered in difficult cases. About 50 million people worldwide have epilepsy at any one time.

The medications have at least some negative side effects, such as: memory loss, reduced fertility, and birth defects.

This time researchers from Columbia University tried to learn more about bone loss.

93 women between the ages of 18 and 40 participated in the study. All the women had epilepsy and were taking one of four common anti-seizure medications. No other conditions that may cause their bones weaken were tracked down.

Various tests showed that at least one of the medications – phenytoin – might have a negative effect on bone health. The loss in hip bone mass was 2.6 percent in comparison to results characteristic of pre-menopausal women who did not have epilepsy and were not taking medication – the loss was just 0.3 percent. It means that women lose eight times more bone than those who don’t take phenytoin.