Tuesday was marked by an announcement that 9 countries and the European Commission have founded the International Cancer Genome Consortium. 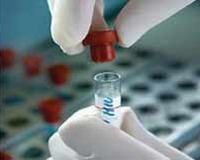 It is an organization devoted to researching the genetic origins of various cancers of global concern. The nations focus on a goal of mapping the genomes of at least 50 different types of cancer.

The consortium's secreteriat will be located at the Ontario Institute for Cancer Research in Toronto, Canada, which will also operate the data coordination centre. The provincial Government of Ontario provided funding of $40 million, and each participating nation is expected to contribute $20 million toward the project, which will fund the sequencing of approximately 500 samples.

All consortium participants will agree not to file any patent applications or make other intellectual property claims on primary data from ICGC projects.