Sony Studio Liverpool is reported to resume its work at LittleBigPlanet, announcing the termination of development for the PSP by September 2007. 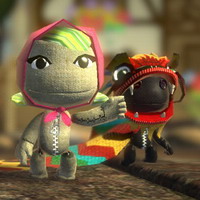 LittleBigPlanet is an upcoming platformer and world creation game for the PlayStation 3, first announced on March 7, 2007, by Phil Harrison at the 2007 Game Developers Conference in San Francisco, California. It is being developed by Media Molecule, a British company founded in part by Rag Doll Kung Fu creator Mark Healey.

A demo version of the game was planned for release on the PlayStation Network in the fourth quarter of 2007, but the demo was delayed until the new year.

Original announcements pointed to a release early in 2008, but recently Sony has confirmed that the game has indeed been delayed and is now aiming for a September release for the UK.