A group of scientists has lately revealed an illustrative example of carbon dioxide emissions and their consequences. They devised animated maps and applied data to picture the influence of human industrial life upon the atmosphere of our planet. 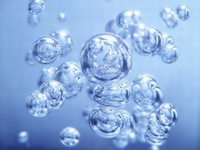 Financially assisted by NASA and the Department of Energy, Kevin Gurney, the leader of the project, and his team exposed a video on YouTube where they show daily burst of emissions from the burning of fossil fuels by power plants, factories, and vehicle traffic, and some regional patterns revealing authentic figures of bigger contributors to emissions.

The maps are recognized to be 100 times more detailed than previous data on emissions.

The innovation is expected to help verify reductions in emissions under state or federal programs or laws capping carbon dioxide and allow trading of credits earned by cutting emissions.

The project will be extended into Mexico and Canada.