17:27
Russian soldier who was in captivity: Armed Forces of Ukraine torture their prisoners
17:05
Ukrainian forces ready to escape from Slavyansk and Kramatorsk towards Dnieper
16:59
Germany offers Canada a solution for the issue of Nord Stream turbines
16:49
Russian Defence Ministry: Germany studied virus of Crimean-Congo fever in Ukraine
16:25
Die Welt: Germans demand Scholz's resignations after his words about Russia
16:00
Russia shows Terminator tank support vehicles in Ukraine
15:49
Chechnya's Kadyrov names his next goal in Ukraine
15:05
Polish ex-MP reveals why NATO won't help Warsaw in war against Russia
14:21
Belarusian militant captured by group “O” tells about the last battle with the Russia

Facebook is reported to come close to settling the lawsuit filed against a popular social networking website by social-networking site ConnectU. 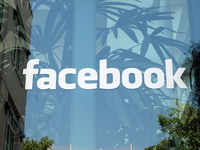 Divya Narendra, Cameron Winklevoss, and Tyler Winklevoss, the owners of the social networking website HarvardConnection, changed its name to ConnectU in September 2004 and filed a lawsuit against Facebook, alleging that Zuckerberg (current Facebook CEO hired as a programmer for ConnectU) had illegally used source code intended for the website they asked him to build for them.

Facebook later requested that the court case that ConnectU filed against Facebook be thrown out of court, citing that ConnectU's "broad brush allegations are unsupported by evidence." The case was thrown out by a Boston district judge.

Facebook is reported now to have legal documents pertaining to the case dismissal that is due within a few weeks.