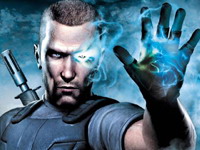 The New York Comic Con, the East Coast's biggest and most exciting popular culture convention, is going to dedicate one day to gamer summit.

The summit, scheduled for April 20, includes 12 panel discussions conducted by game industry figures. The main topics of the discussions will be games journalism, writing for videogames and working in the games industry.

In addition to panel discussions, the summit will cast light upon current and upcoming releases.