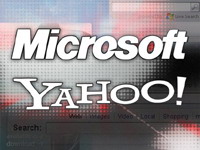 Microsoft-Yahoo deal may fall flat in the near future for good and all. This time it’s the case of Chinese antimonopoly law.

The law will come into force in August and will control acquisitions or foreign businesses investing in Chinese companies.

Chinese authorities will probably hamper the buyout in response to the recenly failed investment deal between Huawei Technologies and 3Com.

Once the merger realized Microsoft will have another “burden” that may slow down a bit the corporation and its progress. In addition, following Google CEO Eric Schmidt’s point of view, a potential Microsoft-Yahoo merger might hurt the Internet by compromising its openness.