Researchers from University of Washington, Cold Spring Harbor Laboratory in New York and the National Institutes of Health conducted a study to trace the connection of schizophrenia and genetic mutations. 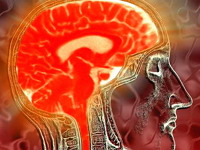 Schizophrenia is characterized by impairments in the perception or expression of reality, most commonly manifesting as auditory hallucinations, paranoid or bizarre delusions or disorganized speech and thinking in the context of significant social or occupational dysfunction. Onset of symptoms typically occurs in young adulthood, with approximately 0.4–0.6% of the population affected.

Scientists observed 150 individuals with schizophrenia and 268 healthy participants in order to find any genetic differences. About 24 different genes were determined to have influence upon schizophrenia. To provide enough credible evidence more studies are required.

On the whole it means that not a particular gene mutation is responsible for mental illness onset but a complex mutation, thus researchers are making first steps to detection and treatment of schizophrenia.