On March 24, 2008, a popular BitTorrent indexing web site, TorrentSpy, reported about its shut-down, leaving this message on its site: 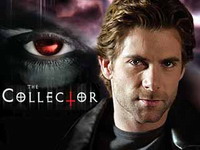 We have decided on our own, not due to any court order or agreement, to bring the Torrentspy.com search engine to an end and thus we permanently closed down worldwide on March 24, 2008.

The legal climate in the USA for copyright, privacy of search requests, and links to torrent files in search results is simply too hostile. We spent the last two years, and hundreds of thousands of dollars, defending the rights of our users and ourselves.

Ultimately the Court demanded actions that in our view were inconsistent with our privacy policy, traditional court rules, and International law; therefore, we now feel compelled to provide the ultimate method of privacy protection for our users - permanent shutdown.

It was a wild ride,

Later on TorrentSpy has denied access to United States users and international users using US-based ISPs. In response, the MPAA filed documents calling TorrentSpy's denial of access "another illegitimate attempt by defendants to evade authority of this court and the May 29 order", and asking for sanctions. The very popular tracker as also reported that they are forced to handover all download logs to the RIAA. There are many ways to get to the tracker in the U.S by using a web based proxy but many people are scared of being caught. The ability for users to make comments on individual torrents was also disabled at this time.