A new study shows practicing kindness and compassion through regular meditation actually activates the brain and makes people more empathetic to others. 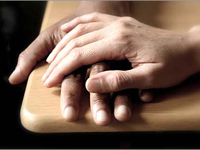 Researchers say the study also suggests that practicing compassion meditation may also be a useful tool in preventing bullying, violence, aggression, and depression by altering brain activity to make people more empathetic to other peoples' emotions.

"Thinking about other people's suffering and not just your own helps to put everything in perspective,"says researcher Antione Lutz, associate scientist at the University of Wisconsin, Madison.

During the study, researchers used fMRI to measure the response of the participants' brains to a variety of neutral or negative sounds, such as a distressed woman, a baby laughing, or background restaurant noise.During the session, researchers took separate scans of the brain when the participants heard the sounds during a meditative and neutral state.

The scans showed significant increases in activity in the portion of the brain known as the insula, which plays a key role in emotion, in experienced meditators when they were exposed to negative emotional sounds. There was less increase in activity during exposure to neutral or positive sounds. The strength of brain activity was also related to the intensity of the meditation reported by the participants.

"The insula is extremely important in detecting emotions in general and specifically in mapping bodily responses to emotion -- such as heart rate and blood pressure -- and making that information available to other parts of the brain," says researcher Richard Davidson, professor of psychiatry and psychology at the University of Wisconsin, Madison, in the news release.

Brain activity also increased in other brain areas believed to be important in processing empathy, such as perceiving the mental and emotional state of others.

Magnetic resonance imaging is primarily used in medical imaging to visualize the structure and function of the body. It provides detailed images of the body in any plane. MR has much greater soft tissue contrast than computed tomography (CT) making it especially useful in neurological, musculoskeletal, cardiovascular, and oncological imaging. Unlike CT it uses no ionizing radiation, but uses a powerful magnetic field to align the magnetization of hydrogen atoms in the body. Radio waves are used to systematically alter the alignment of this magnetization, causing the hydrogen atoms to produce a rotating magnetic field detectable by the scanner. This signal can be manipulated by additional magnetic fields to build up enough information to reconstruct an image of the body.

Magnetic resonance spectroscopy is used to measure the levels of different metabolites in body tissues. The MR signal produces a spectrum of resonances that correspond to different molecular arrangements of the isotope being "excited". This signature is used to diagnose certain metabolic disorders, especially those affecting the brain.