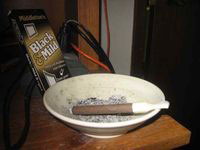 Weill Cornell Medical College appeared to be the first among higher education institutions to accept grants from a tobacco company.

In 2006 Dr. Claudia Henschke published her studies of lung cancer deaths and their prevention. It turned out that about 80 percent of such deaths could be prevented by the use of CT scans.

The study was backed by $3.6 million in grants from Liggett Tobacco, the fourth largest tobacco company in the United States. It aroused quite a contradictory reaction in the field of Science. The point is that grants from tobacco companies involve influence over research outcomes. But otherwise, according to Dr. Claudia Henschke, neither the public nor the American Cancer Society would have provided the study with essential $100,000 in grants from 2004 to 2007.