A cigarette company was a major sponsor of a much-publicized study of CT scanning as a way to screening smokers for lung cancer. 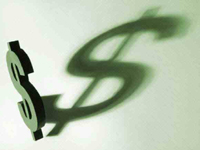 The study, published in the New England Journal of Medicine in 2006, had a long list of backers, including the National Institutes of Health.

In the middle of the list was the Foundation for Early Detection of Lung Cancer. The foundation received $3.6 million in grants from the Vector Group, the parent company of cigarette maker Liggett.

Dr. Henschke was the foundation president, and her longtime collaborator, Dr. David Yankelevitz, was its secretary-treasurer. Dr. Antonio Gotto, dean of Weill Cornell, and Arthur J. Mahon, vice chairman of the college board of overseers, were directors.

The financial ties were no secret: Vector issued a press release in 2000, saying that it intended to give $2.4 million to finance Henschke's research.

Still, some key players were unaware that the researchers received money from the tobacco industry. “In the seven years that I've been here, we have never knowingly published anything supported by” a cigarette maker, the editor in chief of the New England Journal told the NYT.

In an e-mail message, Drs. Henschke and Yankelevitz wrote, “It seems clear that you are trying to suggest that Cornell was trying to conceal this gift, which is entirely false.”

“The gift was announced publicly, the advocacy and public health community knew about it, it is quite easy to look it up on the Internet, its board has independent Cornell faculty on it, and it was fully disclosed to grant funding organizations,” they wrote, adding that the Vector grant represented a small part of the study's overall cost. The foundation no longer accepts grants from tobacco companies, they wrote.

An increasing number of universities do not accept grants from cigarette makers, and a growing awareness of the influence that companies can have over research outcomes, even when donations are at arm's length, has led nearly all medical journals and associations to demand that researchers accurately disclose financing sources.