Parents’ pray fails to save their child

The parents of an 11-year-old girl who died Sunday from diabetes tried to cure her of it by pray not by medical intervention. 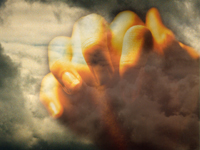 Parents’ pray fails to save their child

According to police, Madeline Kara Neumann of the town of Weston died of diabetic ketoacidosis, a condition that develops when a person's body has too little insulin. She reportedly had not received medical treatment since she was 3 years old, said Everest Metro Police Chief Dan Vergin, whose department is investigating.

The girl's parents, Dale and Leilani Neumann, were unaware their daughter's recent illness was caused by diabetic ketoacidosis, Vergin said. Although the family has no ties to a specific church or religion, he said, they prayed for her and then attributed her death to them apparently not having enough faith.

"It is our understanding that instead of seeking medical help, they chose to pray over her and their faith would heal her," Vergin said.

Madeline Neumann's aunt from California contacted the Police Department out of concerns about the girl's health and asked police to check on her niece, Vergin said. The girl, who went by her middle name, Kara, was taken by ambulance from the family's home on Maplewood Drive to Saint Clare's Hospital in Weston, where she was pronounced dead.

Kathy Ziembo, an advanced practice registered nurse at Aspirus Wausau Hospital, said the condition is treatable and that the hospital treats several cases of it a week.

Symptoms include nausea, vomiting, diarrhea, excessive thirst and fatigue. A shortage of insulin causes the body to break down fat, a process that produces toxic acids known as ketones. Treatment generally takes a few days in the hospital, as patients receive insulin intravenously to replace lost fluids.

Neumann's death will be investigated further, and the findings will be forwarded to the Marathon County district attorney's office to determine if any crime was committed, Vergin said. Police have not had previous contact with her family, he said.

The girl's mother, Leilani Neumann, is co-owner of Monkey Mo Coffee To Go in Weston. A sign posted Tuesday on the shop's front door read, "Closed due to family emergency."