The Rev. Michael Heller, a prolific Polish scientist, author and Roman Catholic priest who bridges disciplines to explore the origins of the universe, was named Wednesday as winner of a religion award billed as the world's richest annual prize given to an individual. 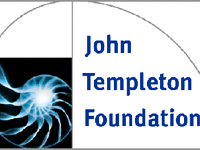 Heller, 72, a philosophy professor at the Pontifical Academy of Theology in Krakow, Poland, won the 2008 Templeton Prize.

Heller  intends to spend his winnings — worth more than $1.6 million — on developing an academic center in Krakow devoted to research and education in science and theology.

Karol Musiol, rector of the Jagiellonian University in Krakow, wrote in nominating Heller that he "has brought to science a sense of transcendent mystery, and to religion a view of the universe through the broadly open eyes of science."

Heller in his statement criticized adherents of intelligent design — which holds that aspects of the universe and living beings are best explained by a higher power — as committing a "grave theological error."

to serve as a philanthropic catalyst for scientific discovery on what scientists and philosophers call the 'Big Questions.' Ranging from questions about the laws of nature to the nature of creativity and consciousness, the Foundation’s philanthropic vision is derived from Sir John’s resolute belief that rigorous research and cutting-edge scholarship is at the very heart of new discoveries and human progress.

As described below, the foundation funds work in the natural and human sciences, in philosophy and theology, in research into free-market solutions to poverty, and in support of gifted education.

The Foundation’s motto is "how little we know, how eager to learn". According to the Foundation, it gives away about $60 million a year in research grants and programs.

Grants are made in core funding areas that align with the Foundation's mission statement and charter. Typically, grants are approved in a process that incorporates scientific peer review. The Foundation funds numerous high-level scientific research projects, usually by means of international competitions to which research teams from large universities apply. Grants are subject to standard peer review and approved by an international jury.