According to a new study life expectancy in the United States is going up due to an increased number of years spent on education. 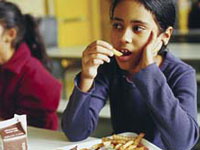 The following claim has a historical background. If you compare the current life expectancy with that in recent decades, you will find out that it has been increasing. Another example can be found if better-educated groups are taken into consideration.

To prove the theory researchers collected data on people who took part in the National Longitudinal Mortality Study. The study was based on death certificates, estimates from Census data, to create two datasets - one covering 1981 to 1988 and the other from 1990 to 2000.

The numbers proved that life expectancy increased only in cases when people had more than 12 years of education, when less – there were very few changes, the level was stable.

In the second group (1990 – 2000), more-than-12-years education added 1.6 years to life expectancy. For the less educated, life expectancy didn't increase in all.

Now researchers have a very responsible and important goal – to increase life expectancy by improving educational standards. Of course, it’s not the main factor that influences life span but it lies at the root of other problems that have a direct impact upon life expectancy – it involves economic and financial status and of course the quality of medical care.