Smoking marijuana and having oral sex increases the risk of developing throat cancer according to the new study conducted by Johns Hopkins Kimmel Cancer Center. 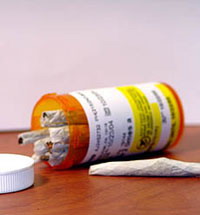 Throat cancer can be of 2 types: head and neck cancers, biologically similar cancers originating from the upper aerodigestive tract, including the lip, oral cavity (mouth), nasal cavity, paranasal sinuses, pharynx, and larynx. Head and neck cancers often spread to the lymph nodes of the neck, and this is often the first (and sometimes only) manifestation of the disease at the time of diagnosis.

The researchers found the definite connection of the named factors, stating that the risk of throat cancer grows as the number of oral sex partners as well as the usage of marijuana increase.

It’s quite clear that oral sex is closely tied with throat cancer, as HPV is typically transmitted through sexual contact, but how can marijuana influence the risk factors? The answer is quite simple – it has an impact on the immune system’s ability to fight against a virus (the same with alcohol).

More than 35,000 people (most common among younger, married college graduates) are diagnosed with head and neck cancer annually in the United States alone. Head and neck cancer is highly curable if detected early, most often through a combination of chemotherapy and radiation therapy, although surgery may also play an important role.

The advice is - don’t forget about your hygiene and think once more before trying marijuana.