Congress may have to stop broadband Internet providers from charging content providers higher fees for priority access to the Internet, a senior House of Representatives Democrat said on Tuesday. 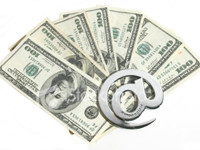 Conyers, a Democrat from Michigan, may offer legislation that would make it a violation of U.S. antitrust law for network providers to discriminate against some content.

That legislation would be similar to a bill introduced by Conyers during the last session of Congress, which was approved by the Judiciary committee but was never brought up for a vote of the full House.

Conyers echoed the concerns expressed by a civil liberties lawyer and other open-network advocates at the hearing. They argued that discrimination by broadband network providers could lead to censorship of political speech and shut out the voices of independent artists.

At issue is the so-called "network neutrality" controversy that pits open-Internet advocates against some service providers, who say they need to take reasonable steps to manage ever-growing traffic on their networks.

Some of network neutrality complaints have centered on charges that broadband companies were engaged in anti-competitive conduct, while others involved charges of political censorship.

The net neutrality issue has been spotlighted by a series of incidents in which network operators, such as Comcast Corp and Verizon Wireless were accused of hindering certain online data moving over their networks, such as file-sharing or text-messaging.

The FCC has been looking into complaints by consumer groups that Comcast has blocked some file-sharing services which are used to distribute large digital media files such as TV shows and movies.

Comcast denies impairing some applications and says it merely manages the system for the good of all users.

Tuesday's hearing prompted an immediate response from an advocacy group that represents some broadband providers and other companies, Hands off the Internet. It warned that imposing network neutrality regulations would inhibit the investment needed to upgrade broadband networks.

Last month the chairman of a House Energy and Commerce subcommittee introduced separate legislation that would require regulators at the Federal Communications Commission to study the network neutrality issue and hold public hearings.

FCC Chairman Kevin Martin recently said that his agency was ready, if necessary, to step in and stop broadband providers from interfering with users' access.