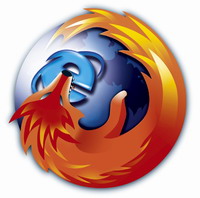 The improvements are the following:

- As a graphics backend the creators used Cairo;

- API's were implemented from WHATWG specs;

- There are some changes to how DOM events are dispatched, how HTML object elements are loaded, and how web pages are painted;

- There are new SVG elements and filters, and improved SVG specification compliance;

- There are new UI improvements, including default themes for different operating systems and new download manager;

- Addons.mozilla.org were integrated in the Add-ons window.