Microsoft's Silverlight browser plug-in will be bringing videos and other rich media to Nokia smartphones later this year. 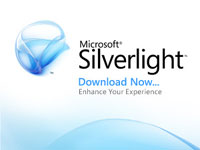 The two companies on Tuesday at Microsoft's Mix '08 conference are scheduled to announce that Microsoft will write a version of Silverlight for Nokia's Series 60 (S60) smartphone software that runs on Symbian OS. The software, which will be available later this year, will also run on Series 40 devices and Nokia Internet tablets.

For people with compatible devices, it means they will be able to see content, notably video, written for Silverlight. Microsoft has been signing on content partners to use Silverlight for media streaming, including MLB.com and online Olympic games broadcasting with NBC.

For Microsoft, the deal with Nokia is a step in its pledge to make Silverlight "ubiquitous," that is, capable of running on multiple operating systems.

A version of Silverlight for Windows Mobile will be available later this year, said John Case, a general manager in Microsoft's developer division. "The whole Silverlight strategy is to provide one programming model and ubiquity," he said.

Microsoft chose to work with Nokia because it has the largest market share of mobile phones, but it will sign on with other handset makers to create ports of Silverlight.

All the main features of Silverlight, including video and interactive Web application development, will be included in all mobile versions.

But there will be some device-specific restraints, which means Microsoft will create editions of Silverlight for different mobile platforms.