Scientists made a discovery in the field of incurable motor neuron disease. 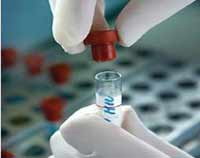 An international team has identified that deposits of an abnormal protein appear the central mechanism that trigger the dying neurons characteristic of the disease.

Scientists examined a large British family with the inherited form of the disease. They discovered mutations in a TDP-43 gene – the direct cause of the disease. TDP-43 protein accumulates within dying motor neurons.

This means that TDP-43 accumulation is not a result of nerve degeneration but an underlying event to the process.

95 per cent of patients have TDP-43 protein. There exist drugs, but they are ineffective. This time people have a great opportunity to use TDP-43 gene mutations in creation of tool to understand and test treatments for the disease.

The motor neuron diseases are a group of progressive neurological disorders that destroy motor neurons, the cells that control voluntary muscle activity such as speaking, walking, breathing, and swallowing.

Symptoms usually present between the ages of 50-70, and include progressive weakness, muscle wasting, and muscle fasciculations; spasticity or stiffness in the arms and legs; and overactive tendon reflexes. Patients may present with symptoms as diverse as a dragging foot, unilateral muscle wasting in the hands, or slurred speech.