Spanking may lead to sexual deviancy in years of maturity

Spanking, as a corporal punishment in general, is a heartily debated social issue in many countries. Questions exist as to whether children should be spanked, whether it is an effective method of discipline, and whether or at what point it constitutes child abuse. 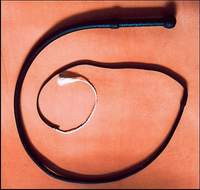 Spanking may lead to sexual deviancy in years of maturity

If we take abusing into consideration, we can come across a very serious damaging consequence of spanking, according to a new study.

Researchers claim that it may lead to risky sexual behaviors, or even sexual deviancy in the years of maturity.

There exist a lot of antagonists of spanking who suggest different theories and offer facts and figures, but still even the strongest supporters of anti-span policy suggest "avoiding it if you can."

However, about 90 percent of U.S. parents spank toddlers.

Researches managed to draw an analogy with smoking. If someone reaches the age of 65 without developing lung cancer, it doesn't mean that smoking isn't harmful. It means the person was one of the lucky ones.

If a baby was not spanked, and they don't have any interest in bondage and discipline sex, it's not because spanking is OK, it's because they're one of the lucky ones.

Researchers concluded that spanking doesn't work any better than non-corporal punishment but has harmful side effects.