An Israel-based computer security company, Finjan, discovered this week a serious leak. It turned out that a sort of eBay for stolen data sold more than 8,700 FTP login names and passwords. 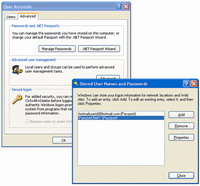 The potential customers are cybercriminals who used this opportunity to poison trusted sites with malware or hide files.

Many of FTP credentials are associated with very large companies, some of them in the Fortune 500. Most visited Web sites are also under attack. It was also reported that hackers had bought FTP credentials for a state court. In spite of the attempts to blur the name, it was discovered that it might have been California 's Mono County Superior Court.