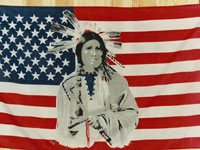 “This is a big step forward for Indian health care, and the Senate can be proud of its action today,” Sen. Byron Dorgan, D-N.D., chairman of the Senate Indian Affairs Committee and author of the bill, said Tuesday in a statement.

“I have traveled around our country and seen the appalling conditions in many Indian health care facilities – even in North Dakota ,” Dorgan said. “People are literally dying because we have not acted. This bill is a first step that will help put an end to health care rationing and move the health care system in Indian Country in the right direction.”

Among key provisions in the bill are those that will: 1) Authorize additional tools for tribal communities to address suicide among Indian youth; 2) Allow members of tribes to access health benefits in both states if their reservation straddles a state line; 3) Seek to address the lack of access to health care services, due to limited hours of operation of existing facilities and other factors, by establishing grants for demonstration projects that include a convenient care services program as an alternative means of health care delivery; 4) Address the $1 billion backlog in needed health care facilities, such as alcohol and substance abuse treatment centers, and $1 billion in unmet need for sanitation facilities in tribal communities; 5) Make permanent a number of successful federal programs providing services to American Indians in long-term health care, diabetes prevention, and other key areas; 6) Expand scholarship and loan programs that encourage more American Indian people to enter health care professions.

The Senate bill also contains a resolution sponsored by Sen. Sam Brownback, R-Kan., that formally apologizes to American Indians for centuries of government mistreatment. The resolution acknowledges a long history of government misconduct against Indians, including forced relocation from tribal lands, theft of tribal assets and the breaking of treaties and covenants.

Earlier this month, the Senate adopted an amendment removing some sections of the bill that faced strong objections from the Bush administration. The White House issued a veto threat in January, objecting to expanded labor provisions in bill.