A change in state law that enables health insurance companies to deny coverage of pre-existing conditions has failed, as promoted, to increase the overall number of Hoosiers with health insurance. 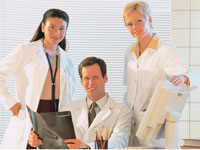 In 2004, Indiana lawmakers supported the argument that insurance companies would cover more residents if they didn't have to bear the risk of costs associated with pre-existing conditions, some as minor as acne or bunions.

At that time, Indiana was one of the last two states that prohibited such exclusions.

Though the dominant reason for the growth in the uninsured was the loss of employer-sponsored group insurance, the Kaiser study says states that allow insurance companies to limit eligibility or increase premiums due to a person's health history contribute to an increase in the number of uninsured.

High premiums and deductibles make the insurance unaffordable, and the very problems for which health coverage is needed are excluded from coverage.

When legislators were considering the pre-existing condition waiver law, a handful of insurance companies participated in a pilot project.

Those companies had to report the number of people who applied for private insurance, how many were approved or turned down, and the conditions that were excluded from coverage.

Miller said there were no complaints during the pilot project, so insurance companies were given the OK to exclude an applicant's pre-existing conditions for up to 10 years.

According to reports filed then with the state Department of Insurance, acne, asthma, joint problems and migraines were just a few of the dozens of conditions for which the insurance companies required pre-existing condition waivers, excluding those conditions from coverage.

Of the 1,778 people who applied for coverage from 2004 to 2007, 67 percent of applicants were rejected, reports to the insurance department show.

The companies that participated were small companies, all located outside the state. American Community Mutual and Continental General Insurance Co. were among the five participants.

However, as with the other insurance companies in the state, WellPoint is not required to provide the state with information about their private insurance applicants and the company's decisions about them.

A WellPoint spokesman said the company turns down 15 percent of applicants. About 30 percent to 35 percent of those who are accepted with pre-existing conditions or risky lifestyle behaviors, such as smoking, face waivers excluding coverage. And they face higher rates.

Individual health insurance remains elusive for many Hoosiers because of the costs.

In Indiana , average annual premiums for individual plans were $2,504 for single coverage and $5,302 for family coverage in 2006-07, according to a study released in December by America 's Health Insurance Plans, an industry association. Most policies had annual out-of pocket limits of $5,000 or less.

But costs can vary widely.

Insurers point out that Hoosiers without insurance have other options, including the state's high risk pool and the Healthy Indiana Plan, a new state insurance program for the working poor. The poor and the elderly typically have low-cost options for coverage.

But the middle class is experiencing growth in the numbers of uninsured.