AOL may fall under additional pressure from Microsoft if the latter gives up its endeavor to take over Internet icon Yahoo, Wall Street analysts believe. Time Warner believes that AOL’s advertising businesses are likely to intensify once Google finishes the acquisition of DoubleClick. 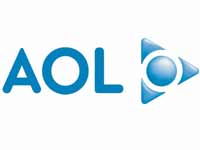 AOL’s income mainly comes from its subscription business. It brought the revenue of $2.8 billion in 2007, whereas its advertising business resulted in the revenue of $2.2 billion. AOL currently has 9.3 million subscribers who pay either $25.9 or $9.99 for access.

AOL LLC. (formerly America Online, Inc.) is an American global Internet services and media company operated by Time Warner and headquartered in New York City, New York. It has franchised its services to companies in several nations around the world, or set up international versions of its services.

With regional branches around the world, the former American "goliath among Internet service providers" once had more than 30 million subscribers on several continents. In January 2000, AOL and Time Warner announced plans to merge. The terms of the deal negotiated called for AOL shareholders to own 55% of the new, combined company. The deal closed on January 11, 2001 after receiving regulatory approval from the FTC, the FCC and the European Union.

AOL is a company in transition, made evident by discussions of buy-outs and joint ventures during a period of dramatic decline in AOL's subscriber base. News reports in late 2005 identified companies such as Yahoo!, Microsoft, and Google as candidates for turning AOL into a joint venture; those plans were apparently abandoned when it was revealed on December 20, 2005 that Google would purchase a 5% share of AOL for $1 billion.

AOL was rated both one of the best and worst Internet suppliers in the UK, according to a poll by BBC Watchdog. On March 31, 1997, the short lived eWorld was purchased by AOL, forcing the 115,000 users to subscribe to AOL. The ISP side of AOL UK was bought by The Carphone Warehouse in October 2006 to take advantage of their 100,000 LLUs (local loop unbundling), which made The Carphone Warehouse the biggest LLU provider in the UK.