The Feb. 25 issue of the Archives of Internal Medicine described a new study devoted to pros and cons of prostate cancer screening. 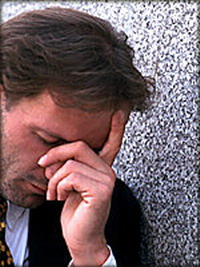 Researchers worked with 611 men who were older than 50. The men were asked to evaluate different approaches in support of prostate screening. Those men who addressed interactive Web-based decision-making aid turned out to know more about the disease and were less likely to choose screening than men who sought for information in credible Web sites, such as the American Cancer Society and the U.S. Centers for Disease Control and Prevention.

A Web-based decision tool explained the nature, detection and treatment of prostate cancer. It also included video clips of doctors and patients expressing different opinions about prostate cancer screening. The users were quite satisfied by the provided information and rarely resorted to other sources of information.

Such sites are very valuable not only because of information, but because of the approach helping men understand the risks and benefits of prostate cancer screening.

The American Cancer Society recommends that individual men discuss the potential benefits and risks of testing with their doctors in order to make an informed decision on whether or not to be tested. Screening should be offered annually to African-American men and those with a family history of prostate cancer upon reaching 45 years. Other racial and ethnic groups, such as Asian- and Hispanic-Americans have a lower risk of prostate cancer, and may not benefit from screening. Screening is likely not useful for men over age 70 or with other significant medical problems and a life expectancy of fewer than 10 years.