Police arrest woman who gives cocaine to her baby

A Florida woman was arrested Monday after her 16-month-old daughter tested positive for cocaine. 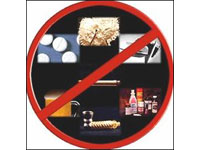 Police arrest woman who gives cocaine to her baby

The baby’s grandmother contacted Sanford , Fla. , police after she went to check on her daughter, Marshal Daniels, and found her granddaughter alone, all over the body in sores. Daniels' mother took the baby to the hospital after noticing the child was digging at her skin in an attempt to scratch the wounds.

While being treated for the sores in Central Florida Regional Hospital a doctor sated that the baby had tested positive for cocaine.

Police arrested 29-year-old Daniels and charged her with child abuse. She is being held at the Seminole County jail on $7000 bond.

Police said that at last check the child was doing better.