A new study proved the initial supposition that the first humans lived in sub - Sahara Africa and moved from there across the globe. 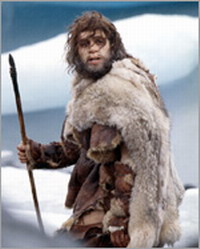 The Recent African Origin (RAO), or "out-of-Africa", hypothesis proposes that modern humans evolved in Africa and later migrated outwards to replace hominids in other parts of the world. Evidence from Archaeogenetics accumulating since the 1990s has lent strong support to RAO and has marginalized the competing multiregional hypothesis, which proposed that modern humans evolved, at least in part, from independent hominid populations.

Because of migration, most people have a genetic ancestry from more than one continent, for example, people in the Middle East. Palestinians, Druze and Bedouins have marks from the Middle East, Europe and South/Central Asia.

Thanks to genetic studies, the scientists also proved that this immigration waves contributed to important changes and adaptation of human beings.