New study of Glucosamine sulfate and its effect seems quite dubious

A new study showed that the highly praised dietary supplement, Glucosamine, or Glucosamine sulfate, is useless in treatment of mild to moderate arthritis in hips. 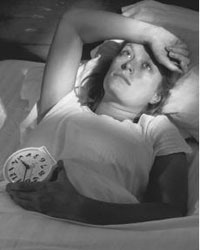 New study of Glucosamine sulfate and its effect seems quite dubious

Researchers at Erasmus Medical Center in Rotterdam unveiled the results of the trials, that are quite dubious: these are only first steps specifically on hip osteoarthritis, and only subgroups of patients improved.

About 222 people with mild to moderate osteoarthritis of the hip participated in this study. For two years, half the group took 1,500 milligrams of glucosamine daily and the other half took a placebo.

Every three months the participants underwent some examinations. X-rays of the affected joint were taken at the start and end of the study.

In the end, it was discovered that glucosamine had not any effect on pain or function or any other improvements.

The study was criticized for one thing: many of the patients had very low levels of daily pain, that might have influenced the results. Those patients with mild pain that can’t inhibit their daily activities, were not actually in need of treatment, giving no space for improvement. This fact arouses doubts as to the reliability of the study.

Even earlier clinical trials of glucosamine as a medical therapy for osteoarthritis brought conflicting results. The evidence both for and against glucosamine's efficacy has led to debate among physicians about whether to recommend glucosamine treatment to their patients.

Multiple clinical trials in the 1980s and 1990s, all sponsored by the European patent-holder, Rottapharm, demonstrated a benefit for glucosamine. However, these studies were of poor quality due to shortcomings in their methods, including small size, short duration, poor analysis of drop-outs, and unclear procedures for blinding. Rottapharm then sponsored two large (at least 100 patients per group), three-year-long, placebo-controlled clinical trials of the Rottapharm brand of glucosamine sulfate. These studies both demonstrated a clear benefit for glucosamine treatment. There was not only an improvement in symptoms but also an improvement in joint space narrowing on radiographs. This suggested that glucosamine, unlike pain relievers such as NSAIDs, can actually help prevent the destruction of cartilage that is the hallmark of osteoarthritis. On the other hand, several subsequent studies, independent of Rottapharm, but smaller and shorter, did not detect any benefit of glucosamine.

Due to these controversial results, some reviews and meta-analyses have evaluated the efficacy of glucosamine. Richy and col performed a meta-analysis of randomized clinical trials in 2003 and found efficacy for glucosamine on VAS and WOMAC pain, Lequesne index and VAS mobility and good tolerability.

Recently, a review by Bruyere et al. about glucosamine and chondroitin sulfate for the treatment of knee and hip osteoarthritis concludes that both products act as valuable symptomatic therapies for osteoarthritis disease with some potential structure-modifying effects.

This situation led the National Institutes of Health to fund a large, multicenter clinical trial studying reported pain in osteoarthritis of the knee, comparing groups treated with chondroitin sulfate, glucosamine, and the combination, as well as both placebo and celecoxib. The results of this 6-month trial found that patients taking glucosamine HCl, chondroitin sulfate, or a combination of the two had no statistically significant improvement in their symptoms compared to patients taking a placebo. The group of patients who took celecoxib did have a statistically significant improvement in their symptoms. These results suggest that glucosamine and chondroitin did not effectively relieve pain in the overall group of osteoarthritis patients, but it should be interpreted with caution because most patients presented only mild pain (thus a narrow margin to appraise pain improvement) and because of an unusual response to placebo in the trial (60%). However, exploratory analysis of a subgroup of patients suggested that the supplements taken together (glucosamine and chondroitin sulfate) may be significantly more effective than placebo (79.2% versus 54%; p = 0.002) and a 10% higher than the positive control, in patients with pain classified as moderate to severe (see testing hypotheses suggested by the data).

In an accompanying editorial, Dr. Marc Hochberg also noted that "It is disappointing that the GAIT investigators did not use glucosamine sulfate ... since the results would then have provided important information that might have explained in part the heterogeneity in the studies reviewed by Towheed and colleagues" But this concern is not shared by pharmacologists at the PDR who state, "The counter anion of the glucosamine salt (i.e. chloride or sulfate) is unlikely to play any role in the action or pharmacokinetics of glucosamine". Thus the question of glucosamine's efficacy will not be resolved without further updates or trials.

A subsequent meta-analysis of randomized controlled trials, including the NIH trial by Clegg, concluded that hydrochloride is not effective and that there was too much heterogeneity among trials of glucosamine sulfate to draw a conclusion. In response to these conclusions, Dr. J-Y Reginster in an accompanying editorial suggests that the authors failed to apply the principles of a sound systematic review to the meta-analysis, but instead put together different efficacy outcomes and trial designs by mixing 4-week studies with 3-year trials, intramuscular/intraarticular administrations with oral ones, and low-quality small studies reported in the early 1980s with high-quality studies reported in 2007.

However, currently OARSI (OsteoArthritis Research Society International) is recommending glucosamine as the second most effective treatment for moderate cases of osteoarthritis. Likewise, recent European League Against Rheumatism practice guidelines for knee osteoarthritis grants to glucosamine sulfate the highest level of evidence, 1A, and strength of the recommendation, A.